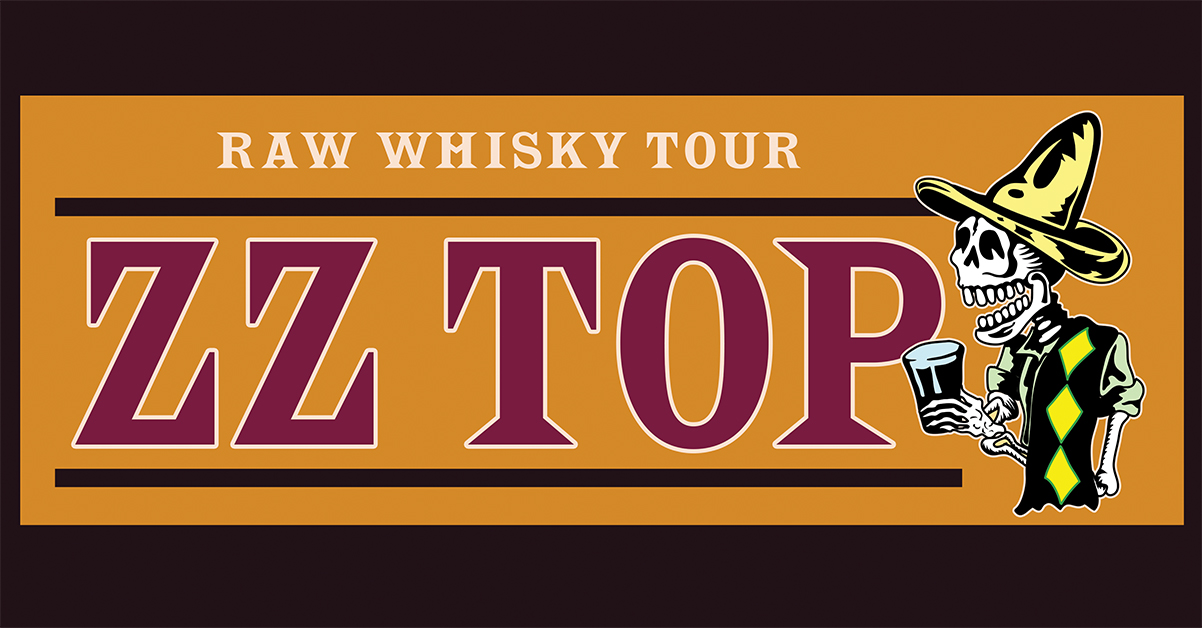 “That Little Ol’ Band From Texas” has been at it for well over a half century, delivering rock, blues and boogie on the road and in the studio to millions of devoted fans. With iconography as distinctive as their sound, ZZ TOP is virtually synonymous with beards, hotrod cars, spinning guitars and that magic keychain, all of which transcend geography and language.

It was in Houston in the waning days of 1969 that ZZ TOP coalesced from the core of two rival bands, Billy Gibbons’ Moving Sidewalks and Frank Beard and Dusty Hill’s American Blues. Their third album, 1973’s Tres Hombres, catapulted them to national attention with the hit “La Grange,” still one of the band’s signature pieces today. Eliminator, their 1983 album was something of a paradigm shift for ZZ TOP. Their roots blues skew was intact but added to the mix were tech-age trappings that soon found a visual outlet with such tracks as “Sharp Dressed Man” and “Legs” on the nascent MTV. It was one of the music industry’s first albums to have been certified Diamond, far beyond Gold and Platinum and a reflection of US domestic sales exceeding 10 million units.